Our office is located at 320 West San Antonio Street in Fredericksburg.

City of Fredericksburg Applies for Recognition as a Dark Sky Community 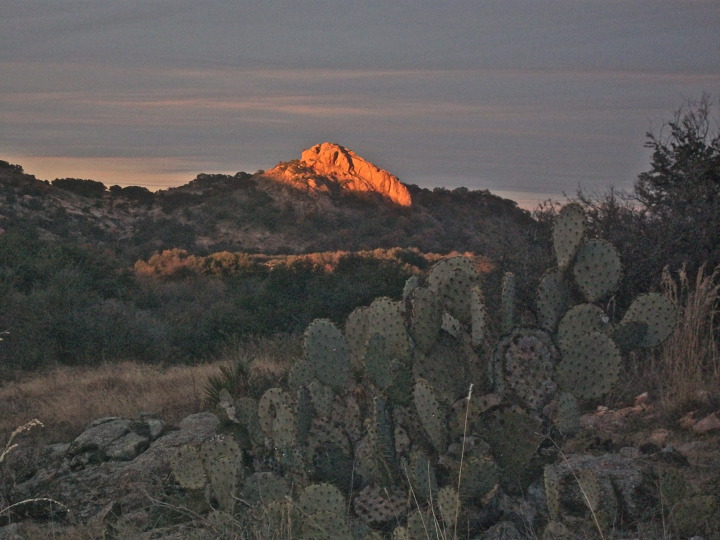 This program recognizes communities that promote citizen education, outreach, and eco-tourism through their dark sky programming.  Fredericksburg has already shown their investment in the dark skies movement by adopting the Resolution Supporting hte Preservatin of our Night Skies in 2013 and creating the Outdoor lighting Ordinance in 2014.

Hill Country Land Trust helped to draft the Resolution and was joined by the Hill Country Astronomers and other local landowners in providing testimony in support of the resolution.  This application will help promote the protection of our starry night skies for future generations.

You can read the text of the Full Resolution Below:

Whereas, the residents of the City of Fredericksburg recognize the importance of a clear view of the starry night skies as part of our rural heritage and of the breathtaking natural beauty of the Fredericksburg area; and

Whereas, the influx of people into the region and accompanying light trespass from area lighting fixtures has been steadily on the rise, and these factors have impacted the natural environment and quality of life of the people of this region; and

Whereas, the historical view of the night skies has been eroding in many nearby areas and generations are growing up with limited, if any, view of the wonders of the universe; and

Whereas, preserving the rich historic heritage that is embodied in the starry night skies of Fredericksburg is a significant part of preserving our history and enhancing tourism; and

Whereas, the City of Fredericksburg, has shown its commitment to supporting practices that limit or minimize light trespass from night lighting fixtures in order to protect the beauty of the night skies by adopting the Resolution Supporting the Preservation of our Night Skies, on March 18, 2013 (the Resolution); and

Whereas, the City of Fredericksburg has continued in its commitment to protect the beauty of the night skies by enacting an outdoor lighting ordinance in August 2014 at Ord. No. 24-014, 8-18-2014 (the Outdoor lighting Ordinance);

NOW, THEREFORE, BE IT RESOLVED BY THE CITY COUNCIL OF THE CITY OF FREDERICKSBURG, TEXAS that:

PASSED AND APPROVED THIS 15th OF MAY, 2017, BY THE CITY OF FREDERICKSBURG CITY COUNCIL.

Hill Country Land Trust is constantly working to conserve and preserve what is the beautiful Texas Hill Country. This section of our website is devoted to letting you know what we are up to and what might be happening in the world of land trusts, conservation easements, and conservation.

Your email address will not be shared with other parties. Each email we send you has a link for unsubscribing. Our privacy policy. 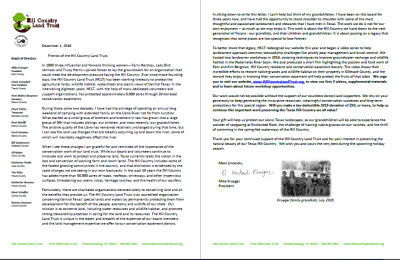 To make sure you have not missed anything, we have provided an archive of previous newsletters for you to download.

HCLT Winter 2016 Letter from the President

We will continue to post downloadable copies of our printed newsletter, and we hope to soon offer an email version that we can get out more quickly and deliver right to your inbox.